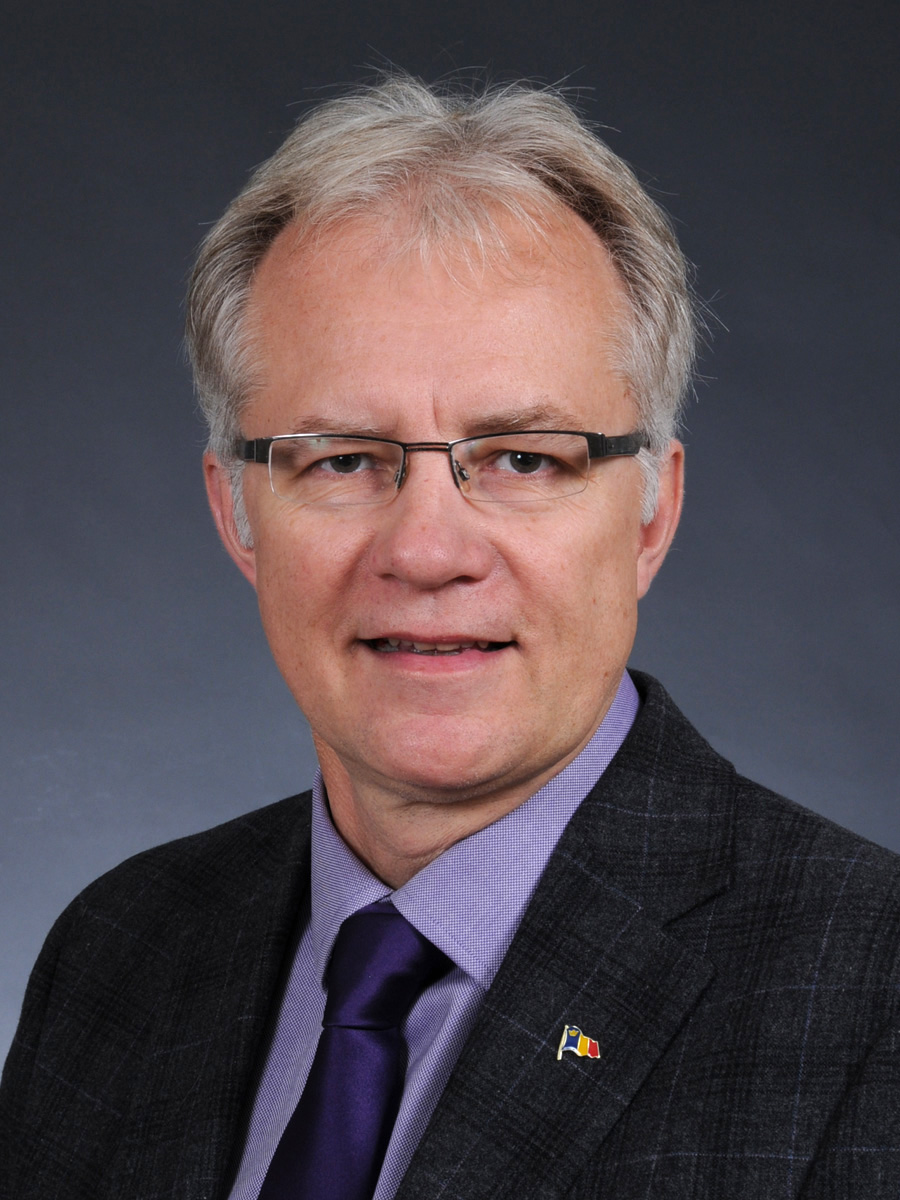 Dr. Drover is a Professor, in the Departments of Critical Care Medicine and Surgery at Queen’s University, Kingston, Ontario, Canada. After growing up in Nova Scotia he attended Acadia University (’80) to study science and then went to Dalhousie University (’84) for medical school. After a rotating internship he practised as a family physician for 3 years in Tamworth, Ontario. After completing residency in General Surgery (’92) he continued on to complete training in Critical Care Medicine (’94) at Queen’s University. Dr. Drover then went on to do further training in Critical Care working as a Senior Registrar at Guy’s Hospital, London, UK returning to join Queen’s University as a faculty member in 1994. He achieved the designation of Canadian Certified Physician Executive in 2012. He completed Graduate Certificate in Executive Coaching through Royal Roads University in 2020.

Dr. Drover has held other leadership positions. He was the Chair and Program Medical Director for Critical Care at Queen’s University and Kingston General Hospital from 2002 to 2014. During that time he led the formation of the academic Department of Critical Care Medicine and was Interim Head of the new department while a new Head was selected. He has been the Director of Accreditation and Quality Improvement for the School of Medicine at Queen’s University and as Medical Coordinator of the Bariatric Regional Assessment and Treatment Centre led the creation of the unit and the transition to a Bariatric Center of Excellence. He also served for 6 years as Chair of the Specialty Committee for Critical Care Medicine at the Royal College of Physicians and Surgeons of Canada.

Dr. Drover practices as an intensivist at the Kingston Health Sciences Centre and his surgical practice is focused on trauma. He is the physician lead for Critical Care in South Eastern Ontario. He is an Instructor and Course Director with the ATLS program and has been elevated to Provincial Faculty by the American College of Surgeons. Dr. Drover is a member of the Specialty Committee for Critical Care Medicine at the Royal College. He is active as a teacher at both the undergraduate and postgraduate levels. His research has focused on nutrition with an emphasis on the critically ill patient.